Pay for Skilled Trade Careers is Going Up 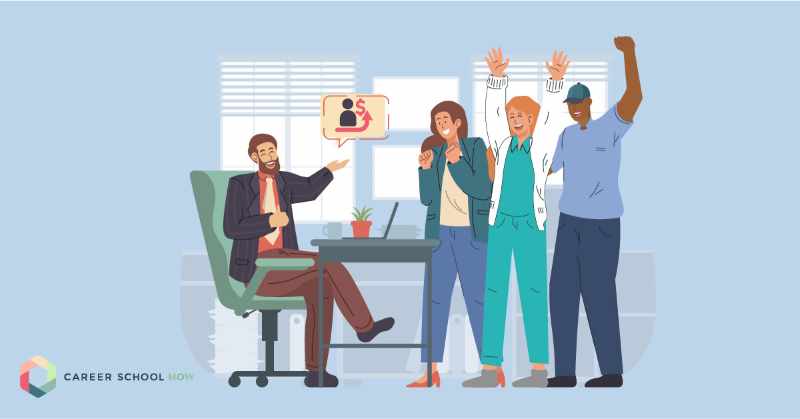 The Bureau of Labor statistics has recently reported that there were wage increases in 2020 for many skilled trades. Rising wages indicate a high demand for these trades.

Careers in the skilled trades like electrician, HVAC technician, and auto mechanic saw average wage increases last year. The most recent government data is for 2020 and it was released on March, 31 of 2021.

The above salary data was gathered at the official Bureau of Labor Statistics website (bls.gov).

Wages can increase for many reasons. One of the largest reasons is because of demand. Many skilled trades are in very high demand, which is outpacing the supply of workers. Because of this, employers increase their wages to attract new workers.

Why Join a Trade?

There has never been a better time to get training for a skilled trade! Along with high demand and rising wages, the cost of education for skilled trades is on average much lower than a typical 4-year degree. The skilled trades offer financially rewarding careers, with many opportunities to grow and even become your own boss.

Wondering which trade is right for you? Search our careers guide for articles and job descriptions.

What's an Information Technology Program Like?
Careers You Can Start With a 2 Year Degree
About Online Career Training and College Programs
Jobs that Pay Over 60K per Year No Degree Required
What is Vocational Rehabilitation?
...Previously Preparing for College Up Next... Jobs at Lowest Risk for Automation Takeover