Investigate How To Become A Detective 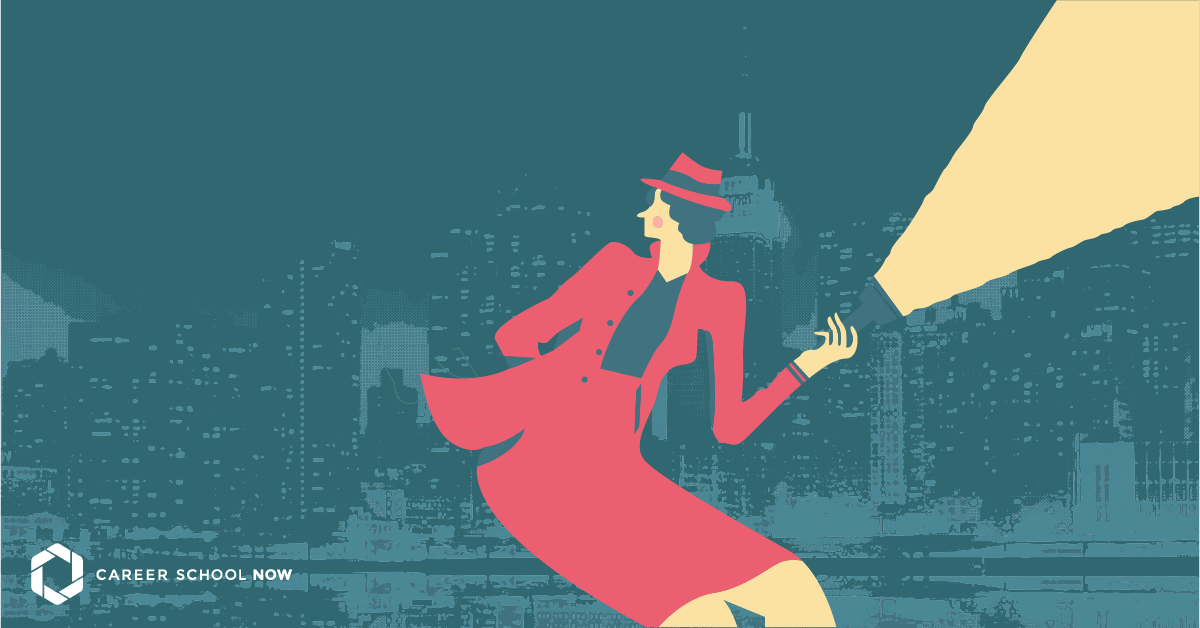 If you based becoming a detective on shows like Law and Order or True Detectives, then you may want to reevaluate your vision. While being a detective might be an exciting career, it’s nothing like how it’s portrayed on television. Hollywood dramatically enhances detective careers but, in real life, you wouldn’t be involved in thrilling cases daily. Let’s take a realistic approach to what detective careers are like and how to become a one.

WHAT IS A DETECTIVE

Detectives are either public or private. A private detective is usually ‘for hire,' working directly with the public instead of going through a law enforcement agency like police detectives have to do. Detectives are sworn law enforcement officers who conduct criminal investigations. Essentially, a detective is highly trained to solve crimes, whether a felony or misdemeanor. Detectives aren’t usually in uniform, they operate in everyday street clothes and drive in unmarked cars. They are always armed with a weapon, though. Due to the nature of their job, they have to carry a gun. Ranking higher than a police officer, the police detective earns a higher salary reflective of the position. Because of that, police detectives also require a higher level of education and training. All detectives start out as police officers which is mandatory before being considered for a police detective position.

A detective’s work setting will vary as widely as their specialties, which also depends on the part of the government they are working for, whether local, state, or federal. However, all detectives perform investigations through gathered evidence. Typical work-related duties of a detective are:

THE CHAIN OF EVENTS

You must be 21 years old, a United States citizen, and pass a background check. You’ll need to have gone through a police academy, and have police officer experience, as well. Educational requirements vary by state, some have a minimum requirement of a high school diploma or GED, while other departments require a minimum of an associate’s degree in criminal justice or related fields. Obtaining a bachelor’s degree will help with quicker promotions. You’ll need a clean record, and a valid driver’s license, as well.

Becoming a police officer only takes about six months. Becoming a detective takes longer due to the time and experience requirements that need to be fulfilled. You’ll need to have a minimum of four to five years on the force before being eligible to take the detective promotion exam. Some police departments will allow a college degree to replace one year of experience.

DIFFERENCE BETWEEN A DETECTIVE AND PRIVATE INVESTIGATOR

Once a police officer is promoted to detective, they may be placed in a position based on the department’s need. There are a few different areas a detective can work within:

The Bureau of Labor Statistics reports that the 2021 average salary for detectives was $90,370 with the top 10 percent earning $146,830. Detectives can generally anticipate excellent benefits with early retirement options as well. Most officers, police, and detectives, belong to their local unions. The BLS also states that the demand for detectives by 2030 is set to increase 7 percent, which is a growth rate close to the national average.

You Want To Be A Firefighter? Learn How!
A Guide To 16 Different Law Enforcement Careers
Police Officer Career - Training, Job Description & Salary
...Previously How to Become a Phlebotomy Technician (& Job Description) Up Next... Athletic Trainer: How To Make Your Passion Your Career