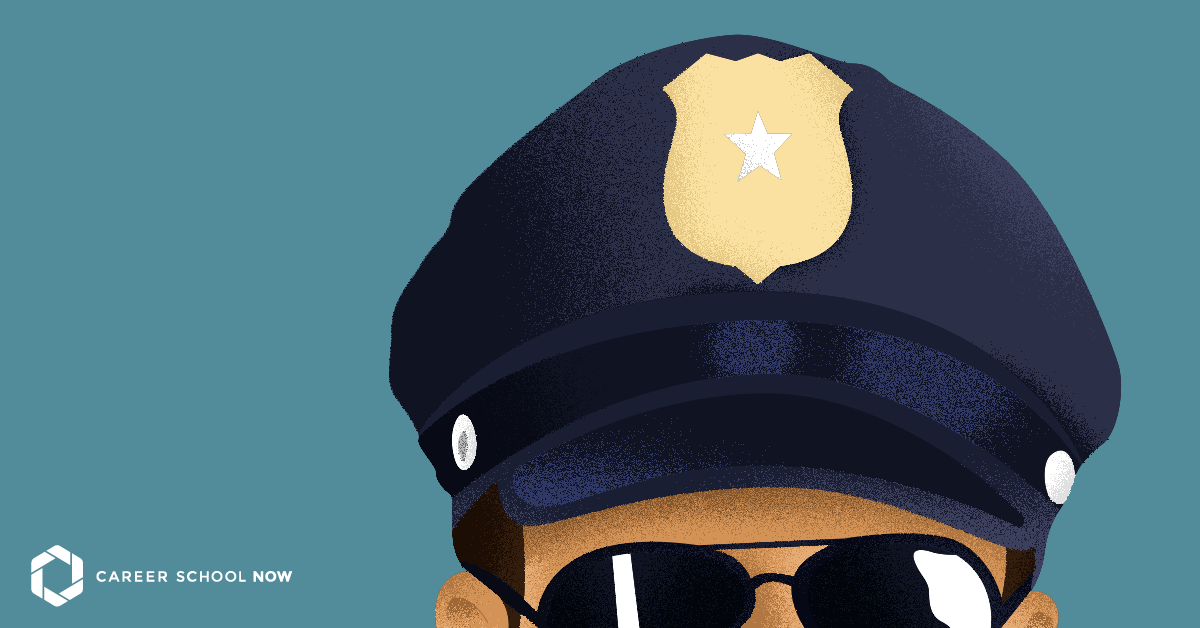 The now famous police motto, “To Protect and To Serve”, was the winning slogan from a 1955 L.A Police Department contest. Those five simple, yet impactful words were the entry made by Officer Joseph S. Dorobek. The slogan has since been adopted by all police forces around our nation and it’s what police officers are sworn to do when entering into their chosen profession. If becoming a police officer is your ambition, find the facts and ‘how to’s’ in the following article.

A police officer is a position within law enforcement. The main duty of a police officer is to protect citizens and property within their jurisdiction. Police officers have a huge list of duties that come with their position such as responding to calls of both emergency and non-emergency nature, patrol their ‘beat’, warrants, arrests, tickets, court, and the to-do list goes on. Not to mention, they put their lives on the line every single day. Police officer’s responsibility may differ depending on whether they work on the local, city, or federal level.

Qualifications for Becoming a Police Officer

If you want to be an effective police officer, you should possess some key qualities. Police departments across the nation look for candidates who are honest, ethical, hard-working, and empathetic. Police officers should have good judgement, they have to make quick decisions multiple times a day. Being physically fit is definitely beneficial to being a great police officer, not only will you need to prove yourself for entrance exams but once you’re hired, your fitness will be tested daily.

How to Become a Police Officer

The very basics for entry into the police academy is a high school diploma or GED, and a minimum of 18 years old. Because it’s competitive to gain entrance into the police academy, it could be beneficial to have an associate’s or bachelor’s degree in criminal justice or law enforcement fields. Military experience is counted as credit, as well. Having a degree or diploma will give you one leg up on competition.

There is another factor that will weigh heavily in your acceptance into police academy. You will need to pass the law enforcement entrance exam and all its components, such as the physical and psychological portion, plus pass a polygraph test before being accepted into the Police Academy. The typical entrance tests given are the Compass, LEE (Law Enforcement Examination), and Asset and the jurisdiction determines which entrance exam is given. Once you’ve passed the exam, you’ll head to police academy for the next six months and, after you graduate, you’ll be working as a police officer.


How To Become a Police Officer: Step-by-Step

The Cost of Police Academy

The Law Enforcement Entrance exam is a pretty daunting beast due to all its components. While each jurisdiction may use a different exam, there are still similarities amongst the law enforcement exams.

When you take the law enforcement entrance exam, here is an overview of what to expect:

How Long Does It Take to Become a Police Officer?

Depending on which route you take toward becoming a police officer is what will determine how much time you’ll have to invest in your training. College, depending on if you’re going for a diploma, associate’s degree, or bachelor’s degree, can take anywhere from a few months to four years (or longer, depending on if you’re not going full time). Police academy will take six to eight months and include 320-800 course hours. Factoring in on the length of time will be the state you’re being trained in. Some states requirements are not as intense as other states.

Once the recruit graduates from the police academy and becomes a police officer, they must gain experience hours working alongside a senior police officer as a rookie.

The Bureau of Labor Statistics reported the average salary for police officers in 2021 was $70,750, with the top 10 percent earning $102,530. Typically police officers receive great benefits packages as well. The BLS also predicts that the demand for police officers by 2030 is expected to increase 7 percent, which is as fast as the national average.

There is a wide variety of career options for police officers. Some will require you to go back to school while others are based on experience.