Worst College Degrees to Get 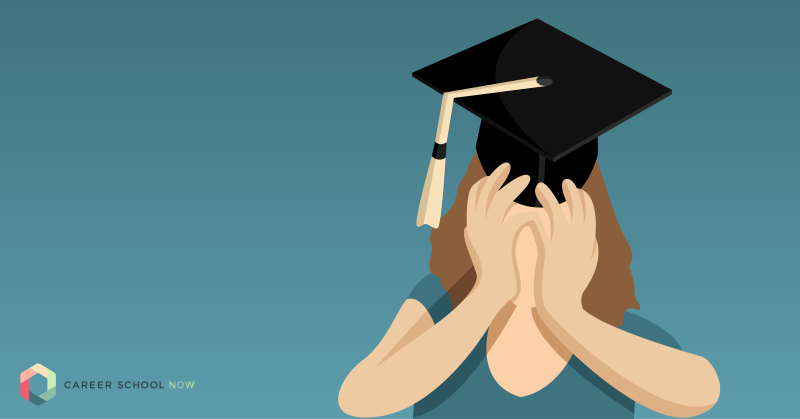 You’ve graduated college, and you’re holding that bachelor’s degree in archeology in your hot hand. Hot because you’ve been sitting outside in your cap and gown for the past two hours with the 80 degree sun hitting you square in the face.


You think back to the past four (or five) years that you’ve been ignoring and dodging negative comments from family as you made your way from freshman to graduate in a field they all deemed useless. You may have even had to pay your own way through college because you’re parents didn’t think there would be a return on this expensive investment.

No degree is truly useless, unless you can’t find a job in that field. And even then, at least you can say you stayed the course and finished college. Not all people who went to college can claim they actually completed it.

But the fact is that there are some fields harder to get a job in, especially a well-paying one, than others. It’s in those instances that you resent the fact your parents were right.

Ten Worst Degrees to Get

Disclaimer: When we say worst, what we mean is, it could be hard to find a job in the field.


No one is saying it’s impossible to get a job in one of these fields. But there are some careers that are really hard to find a job in, unsustainable to living a life, or a combination of the two.

Here are ten of what are considered to be the most useless degrees. Don’t be insulted; be aware!

1. Archeology: Your role model was Indiana Jones. You watched all those movies a bazillion times. You still argue that Raiders of the Lost Ark was by far the best in the franchise. Those movies shaped your life, and that’s why you decided to major in archeology. But now, there isn’t an inch of pavement you haven’t pounded in search of the elusive archeology job, leaving your dreams of making discoveries that changed the history of mankind squashed like a bug. You don’t want to keep replaying in your mind the warning your parents gave you when you declared your major. They were right: Archeology was a useless bachelor’s degree. To get anywhere in the field, you knew you needed a doctorate, but who has that kind of time or money? Maybe you should’ve gone into anthropology, you bemoan to all your friends. Instead, you’re left with unpaid bills and a feeling of dread as you fill out an application to get a job at Starbucks. The good thing is they’ll pay around $3,000 per year toward your college classes, since you’ll probably be changing degrees to something more practical. What that is, you haven’t uncovered yet.

2. Fine Arts: You weren’t expecting to become an overnight success, flying out to galleries hosting exhibits of your art. But you were thinking things would be a little easier, even though the words “starving artist” constantly echo in your mind like an earworm. You’re selling your work here and there, just barely making enough to pay some bills and buy more supplies to create more of your work. It’s a vicious cycle. You utilize sites like Etsy, and you’re selling a bit every month there. But you really want to move out of your parents’ house, so you’ve started looking for a job as an art teacher for a preschool; most places only require you to have a background in art and enjoy being around little kids. Kids are OK, even with runny noses. You really need a job, so you’re willing to wash your hands numerous times per day. You also happened to notice that one of the Starbucks by your house is hiring, and they do pay for online college, so it’s a definite option.

3. Advertising: Watching Mad Men with your parents, you decided you wanted to grow up and be an iteration of Don Draper. Advertising was going to be your legacy; you’d leave taglines and memorable branding in your wake. You’d be famous. Once you graduated with your degree in advertising, reality hit. And it hit hard. It’s not the 1960s anymore, and digital marketing was probably a better route to go. The problem is, everyone is in digital advertising and going after the same jobs as you. In this industry, results matter, and you just aren’t getting anywhere. After hundreds of interviews for entry-level positions, you decide to take a break from the internet altogether and work in the paint department at Home Depot. You’re going to consider going back for your master’s degree with a focus on digital marketing—it’s the tech era, and you need to get with it. It’s not a bad career; it’s just competitive, and you need to be able to build a portfolio and resume that stands out.

4. Liberal Arts: Everyone laughed at you when you went to a liberal arts college to get a degree in liberal arts. And they still laugh at you, even though you graduated from said college with said degree. You wish you could find it within you to laugh, too. But you’re too busy scouring the job boards for a job during the day, and crying at night because you’re about to use the rest of your savings to pay this month’s student loan note. You know you’re well rounded, bursting at the seams with those desirable soft skills. But you’re just not getting interviews. It seems that the resumes of candidates with liberal arts degrees end up, more often than not, dumped into the circular file. As you’re filling out your Walmart application, you silently curse yourself for not following in your mother’s footsteps by going into engineering. By the way, liberal arts is not a useless degree—it opens up a lot of opportunities; you just need to be patient.

5. Music: You have an expensive degree. In music. You could talk all day long about music theory, but you don’t really want to because it’s not helping you during your interview process. In fact, nothing is. You want nothing more than to be an overnight sensation; you don’t care that there’s really no such thing. It’s frustrating because you’re passionate about your art, not to mention really good at it. Your roommate had been right in recommending getting a teaching certification, because it looks like you’ll be the music teacher at the elementary school you went to. Well, at least you’ll have holidays and summers off to work on becoming that sensation you so badly want to be. Plus, you’ll be making an okay living, and you can move out of your parents’ house and start your adult life.

6. Exercise Science: You’ve always been into diet and exercise. Healthy lifestyle was your family’s motto, and you lived it fully. It only made sense that when it was time to declare a major, you choose exercise science. Your parents were so proud until they realized how hard it was to find a job. They feel badly that they encouraged you, and they’ve promised to make your monthly student loan payment until you’re able to find employment. With that burden not weighing you down, you’re thinking of going back to school for exercise physiology. That’s a growing field, and it should only take you a couple years since you already have most of the required credits done. Thankfully, your parents are all for that, and they’re promising to pay for part of school again. They just want you to be happy and successful. But they told you that this time around, you’re going to have to find a part-time job to help pay back the loans.

7. Creative Writing: You’re a writer. You can’t imagine doing anything other than writing. You realize that, even with your degree, it’s going to prove quite a task to find a job that will enable you to support yourself. You’ll have to do something else, and your writing will bring in supplemental income. You’re strangely okay with that, it’s all part of the starving artist process. Writers and other creatives are supposed to be angsty anyway, and what better way to be troubled than to always wonder where money was going to come from to pay the monthly bills. You get a barista job at Starbucks, and during your off times, you do what annoys you most about other patrons and take up a seat in the dining area and write for hours at a time. Except, you do it at a different Starbucks, because no one knows you there.

8. Radio/Broadcast Communications: Your favorite class in high school was working at the school radio station. You read the daily announcements over the speaker system every morning. You’ve always been told that you’re perfect for radio. Except, radio and broadcast systems is a dying breed. Unless you can find a job with a satellite radio station, or maybe start a podcast. And television is just as futile, with everything becoming automated or going digital. But you need to pay bills, so you apply for a job with UPS while you sort your life out.

9. Art History: You were introduced to art at an early age, and you developed a passion for it. You went to college and declared your major in art history, hoping it would pay off by you finding a glamorous job in a European museum, or at a high-end art gallery. Yeah, you were wrong. Finding a job is proving to be a difficult task: You only hold a bachelor’s degree from a prestigious university, and you need a master’s degree. So, you get a job alongside your friend at Home Depot. It will give you time to think about going back to school for that master’s degree so you can work as an archivist or curator. Maybe you’ll have a shot at chasing your dream.

10: Social Work: You’ve always enjoyed helping others. Your friends all came to you when they had stuff going on; they knew you could make things better. So, it was a natural progression to become a social worker once you went to college. You knew it was the right career choice for you, except now you’re part of the growing statistic of college students dealing with massive amounts of tuition loan debt and a career that barely sustains it. You wouldn’t have it any other way, but you may have to get a part-time job until you start making more money from your full-time career.

There is some research backing the fact that culinary arts, graphic design, and education are also all bad returns on your college investment. Bottom line: You have to decide what makes you happy, and if earning a six-figure income isn’t necessary, then go for it!

What's a Healthcare Management Program Like?
What Does a Solar Panel Technician Do?
Upward Mobility in Skilled Trade and Medical Careers
Skilled Trade "Blue Collar" Jobs to Think About in 2022
Good College Programs for Adults to Consider
...Previously Finding Gigs in a Gig Economy Up Next... How to Get a Raise or Promotion