Getting Into Video Game Design 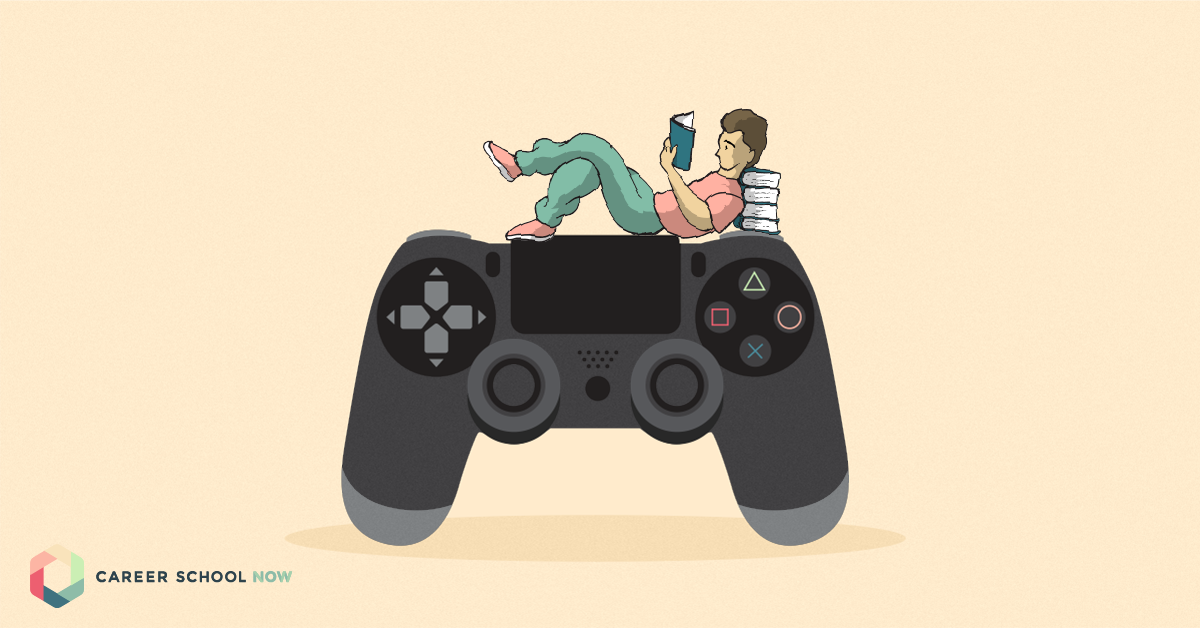 Video game designers are notoriously obsessive gamers. But not all passionate game players are creative enough to be video game designers. Anyway, most of them can tell you what makes a game good or bad, and how to make it better. Whatever game designers are doing is working because, in 2016, the international video game industry brought in close to $100 billion dollars. The industry is only going to get bigger and stronger. Seriously, some of these game franchises have fans sleeping in lines the night before its release, only to deliriously spend almost $100 for a few hours of being lost in a world that a game designer meticulously created. What does it take to make it in this multi-billion dollar, and highly competitive industry? Put on your seat belt; this is going to be a bumpy ride (okay, not a video game reference but still).

WHAT IS VIDEO GAME DESIGN?

There is just so much involved in video game design. Art, music, coding, user experience, and the list goes on. Just from the creative side where it’s the concept: the actual storytelling along with its supporting visuals and all the other assets needed to make the game a winner. Or, the designer may just come up with this fantastic idea, and their team of one or one hundred runs with it. The video game designer(s) will create an entire world where the game will be centered. They develop the entire landscape including the structure, rules, the way the story flows, and every detail in between. Often, it’s a group process. But how large the group depends on the company. The video game industry is responsible for careers that never existed even a few years ago, and it will be equally responsible for new positions that pop up in the future.

WHAT GAME DESIGNERS DO

Build a world, and they will come...hopefully. Well, not necessarily. Regardless, a lot is going on in between levels. Game designers are the creatives, concocting the next blockbuster video game deep within the recesses of their brains. They have ideas, thanks to an active muse working overtime. And part of their job is to take this genius plan and develop it into a full-fledged game for the masses who will spend hours holding the controllers in their excitedly sweating little hands.

Game designers are also partially responsible for coding, testing, coordinating, and sometimes developing the video games unless it’s left to the developer. So, in a nutshell, video game designers plan, create, and design all types of video games. However, their role may vary a bit depending on whether they work for a big company or one of the small Indie ones. Of course, the big places have big budgets which mean larger teams. Smaller companies, well, you get the idea. And, as the video game industry gets more advanced it makes room for more specialized, yet to be described careers.

It’s not so easy to break into the video game design industry, it just so happens to be a bit (a lot) on the oversaturated side, with not as many positions opening as bodies are looking to fill said positions. Although, with Indie being a ‘thing,' which is far more mainstream that it had been a few years ago, it’s feasible to consider starting your own company. With all that being said, there are certain personality traits necessary to being successful in the industry no matter how big or small the company is.

IS IT A GOOD CAREER

If designing video games is your passion, then yes, it’s a great career. Can you even think of a perfect position if you love creating the vision behind video games? And, what an incredible gig it is to get paid for something you’re passionate about! Right there, that’s what makes it worthwhile, despite all the blood, sweat, and tears that will be involved. It’s not an easy job, but if you love it, then it will probably make you a euphoric gamer person. Not to mention, you’ll be surrounded by like-minded people every single day. How awesome, right? Imagine getting to talk about and play video games all day, every day!

Another thing about working in the gaming industry is that it’s constantly evolving and growing. And wow, is it ever growing. So, what you’re doing today may not look the same tomorrow. Who knows, you could come up with something groundbreaking in video game design that will immortalize you.

Getting Into The Game (Of Design)

Real talk here. Get a degree, whether it’s an associate’s, bachelor’s, or beyond. Look into Computer Science, or Computer Engineering, or Computer Programming because you can fall back on these. You see, you don’t necessarily need a degree in game design for a career as a game designer, although some studios do look for degreed folk. The reality is, you mostly need the appropriate skill set and a killer portfolio. However, you should consider getting a degree “in the event of.” And, since we’re being real, you never know who you’ll connect with in college, or who they’ll hook you up with in your internship, so it’s not a bad idea to go to college anyway. Sometimes, schools with a more creative discipline have important connections they are apt to put their students in touch with. So, while it’s not 100% necessary, a college could help in the long run in many ways. Again, it’s not the most important factor when heading into video game design.

Keep in mind; it’s not as easy to get a video game design job as the Internet might make it look. Sure, it happens. But, as it’s already been mentioned, this is an extremely oversaturated market with more hopefuls going in than leaving.

There are three paths most commonly traveled toward video game design careers:

YOU NEED A PORTFOLIO

Getting a job can be exciting; it’s a whole new chapter in your life. But, just like with many other things in life, preparation is key. In the case of those competitive and scarce video game design positions, you’ll need to double prepare so you can make an impact in your interview, thus leading the hiring personnel no choice but to offer you a job on the spot. When it comes to video game designers, preparing for that interview means you have a kick-a$$ portfolio ready to wow the crowd, or HR person interviewing you. Whatev. The sole purpose of producing a perfect portfolio is to please the hiring powers that be (pardon me, this writer prefers alliteration). Now that you understand how incredibly important your portfolio is to this industry, even above any game design education you may choose to get, let’s talk about what you’ll need to include:

Game designers and game developers need each other. One drives, the other steers. If we were talking about driving a car. But, with video games, the designers come up with the idea and the developer, well, they develop it. Sometimes, it’s an all-in-one deal; the designer is also the developer. But, if it’s not, then the two go together like peanut butter and chocolate.

Game design, while it’s a career in and of itself, also is the umbrella to other specialty careers in design.

We’ve already established two things when it comes to Game Design careers. One is, you don’t need a specific degree in the field. And two, you need to build a portfolio. Well, building your portfolio can be done with any of these online game making tools which are highly recommended by many of the top game designers (a quick Google search will confirm!):

The Bureau of Labor Statistics reported that the 2021 average salary for video game designers was $86,220. There are factors involved that will have an impact on your salary, such as working in a large company, or more of an Indie one. Some say having a degree versus not having one can also affect your salary, but that’s something that is still up for debate. Also, your geographic location will have an impact on what you earn.

The Bureau of Labor Statistics reports a 16 percent growth by 2030 for multimedia artists and animators.

Design, Arts, And Architecture Careers
Web Designer - All The Career Info You Need
Find Out How To Get Into Graphic Design
Reimagine Your Life As An Interior Designer
Design Careers - Find Out About Options, Training, Jobs & Salary
...Previously Career Talk: Corporate Technical Writer Jacqui Up Next... Become a Teacher - Find Out About Options, Degrees & Jobs in Teaching