Becoming an Anthropologist: A Field Study 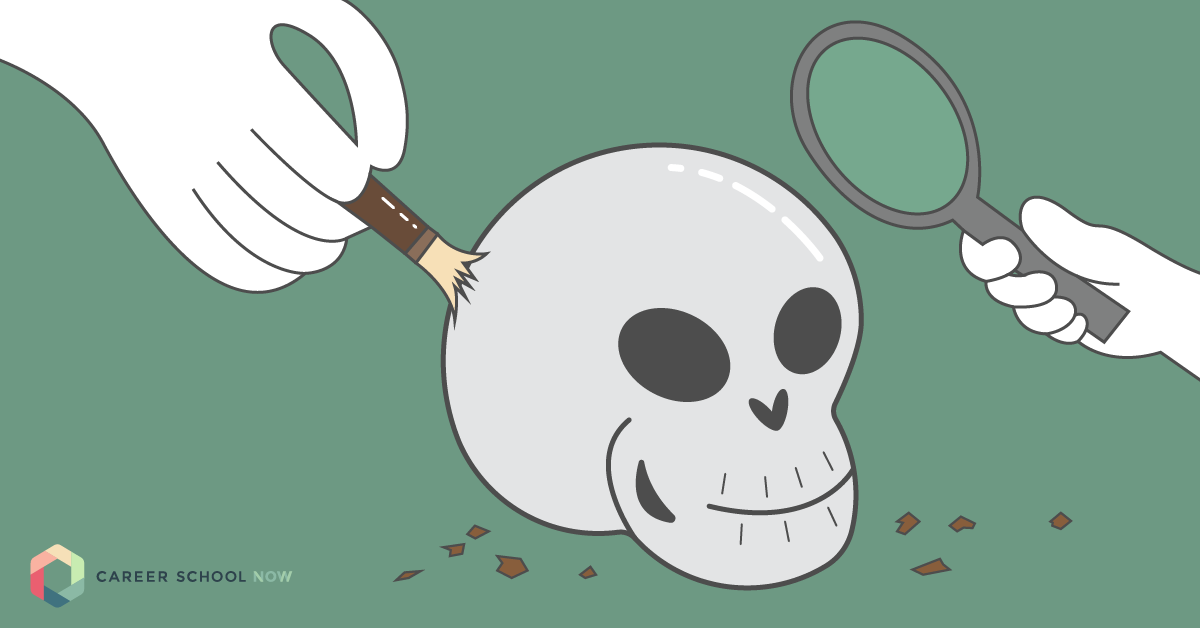 You’re an observer, someone who enjoys being on the peripheral, noticing what makes people tick. Or you may love to be in the middle of everything, caught up in the magic of the moment and then letting it register afterward, where you can pick apart the event and create an even bigger picture. Humankind fascinates you, end of story. You’re destined to be an anthropologist, a studier of people, places, and things

Have you ever wondered what it is that makes us human, and have you sought to get an expanded understanding of the whole human experience? It may sound way esoteric and philosophical, but that’s basically what anthropology is: the study of man and the human experience. The word “anthropology” literally translates to the study of humankind. Anthropologists take into account the evolutionary history of humans, their behavior, and how they adapt, communicate, and socialize with their surroundings. Anthropology searches for a unique understanding into every single aspect of being human, from our beginnings through our constant state of development.

HOW IS IT USEFUL?

Having any type of background in anthropology is useful to many professions. It gives you a sort of insight into human behavior, thus helping develop a deeper interpersonal skill set that is beneficial to many different career areas. Whether you’re headed into the medical field or business, classes in anthropology are a great addition to your coursework. Anthropology is a connection between our past and present. It is useful in answering the many questions related to where we, humankind, originated and where we are going.

When it comes to the world stage, anthropologists from all four fields are crucial to better understanding the global market and all the moving pieces. For example, a business person traveling to another country is able to research the customs and cultures prior to visiting; this is due to anthropology. Or the study of the bones of the feet, from prehistoric remains to present day, shows us how we’ve evolved both physically and developmentally. The usefulness of anthropology is so profound, because it touches every single aspect of biological life.

WHAT ARE THE FOUR FIELDS OF ANTHROPOLOGY?

Anthropology has a wide range of studies, so it is broken down into four subtypes. What you’re interested in determines which of the four fields you’d study.

HOW TO BECOME AN ANTHROPOLOGIST

Once you’ve graduated from high school, it’s off to college where you’ll spend four years majoring in anthropology and archeology, presumably. You’ll start off with a bachelor’s degree before climbing the degree-ranks toward a master’s and then perhaps, a doctorate. In all honesty, to be competitive in the field of anthropology, a doctorate degree is the wisest choice.

Internships are a requirement for anthropologist students; this is where you’ll obtain some of the necessary experience, plus make lasting connections. After you receive your master’s degree, you’ll be expected to conduct research, especially if going into medical anthropology. All disciplines of anthropology require fieldwork for their graduate programs.

While you’re in school for your bachelor’s degree, you’ll have a chance to decide which of the four fields of anthropology and their subspecialties you want to focus your studies on. Not all colleges will expect you to declare your track, though. This will allow you to sample all that anthropology has to offer. You’ll take courses that introduce you to all the different fields of anthropology, as well as courses in language, animals, sexuality, societies, globalization, culture, violence, and foods. All colleges have similar curriculum, but the names of the courses may be different. Depending on what level of courses you’re taking will determine how detailed the class is, and what subjects are available. Schooling for anthropology takes the better part of a decade.

WHAT IS THE FIELDWORK?

By very definition, fieldwork is work done by students to gain practical insight through firsthand experience. Fieldwork to an anthropologist is like research to a scientist. It is necessary for anthropologists; it’s their form of exploration and investigation to get an erudite, fully-immersed look into whatever subject they are studying. It can take a year or longer to compile all the necessary data. It’s imperative for anthropologists completing their fieldwork to be thought of as a “native,” which can be time-consuming in and of itself. So, whichever field of anthropology you’re going into, expect to participate in fieldwork study that can leave you near your home or take you to an exotic location.

There are a few different processes of fieldwork.

Once your fieldwork is completed and you’ve collected all your data, you’ll either contribute to a professional journal, or write a report or an article.

WHERE CAN THIS CAREER TAKE ME?

For anthropologists, there are four different paths your career can take you: academic, non-profit, corporate, or government.

HOW MUCH DO ANTHROPOLOGISTS MAKE?

States With The Highest Salaries in 2021

The Bureau of Labor Statistics reports that an average growth rate of 7 percent is expected through 2030 for anthropologists. Corporations are starting to hire more anthropologists so that they can have a better understanding into consumer behavior. Business and consulting firm opportunities for qualified anthropologists are expected to rise. To stand out in the hiring process, you may want to consider getting a PhD coupled with fieldwork.

If you have strong analytical, investigative, and critical thinking skills, and you question “why” about everything around you, then you may find that anthropology is a fulfilling career.

Liberal Arts, Humanities, And Literature Careers
What Is A Liberal Arts Degree (And What Can You Do With It)?
Learn How To Become A Librarian
...Previously Becoming A Medical Secretary - Career Guide Up Next... Steer Your Way Into A Motorcycle Mechanic Career