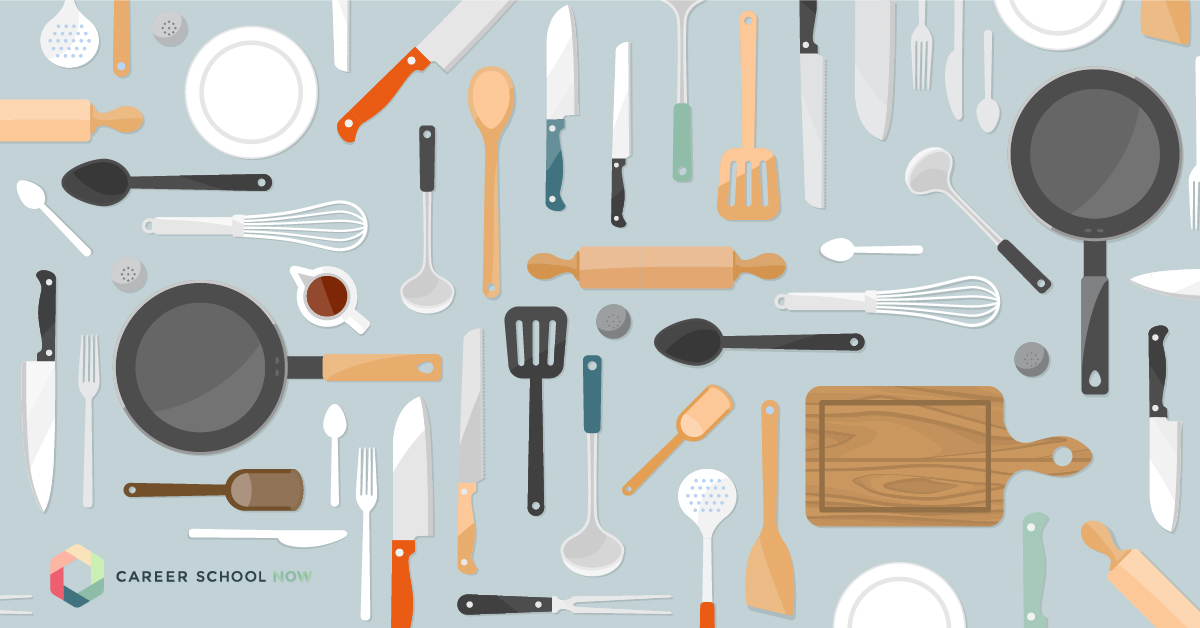 Going to school, you learned the essentials, but it’s almost like you’ve lived in an educational bubble throughout the duration of your culinary schooling. Sure, some schools guide you toward an internship and beyond. But many graduates are left holding their piece of paper and scratching their heads. What’s next? What comes after culinary school? What can you expect?

From Culinary School to The Workplace

In school, you probably were mostly focused on the proper and technical facets of the profession. You still need real-world kitchen experience to understand the difference between the educational aspect and what being a chef encompasses. Once you’re able to combine what you learned in school with what you’ll learn by working in a restaurant, that’s when a chorus of kitchen angels will sing, and you’ll finally be able to put all those skills to good use. Culinary is one of the remaining industries that puts great value on the amount and quality of your experience over your school program’s diploma. But, your culinary diploma will say to the hiring staff that you can safely maneuver around a kitchen, so it definitely can help you in your pursuit of a job.

Chances are, you’ll start at the bottom of the pecking order and work your way up, but that is to be expected. It’s how things work in the industry. There’s a kitchen hierarchy, first established in the 1800s by the renowned French chef, Georges-Auguste Escoffier, known as The Kitchen Brigade. And, there is where you’ll find the path you’ll be expected to take.

Ford was to the automobile factory what Escoffier was to the kitchen. The Kitchen Brigade was created to break down the process in commercial kitchens such as restaurants and hotels. Even though it was created over 100 years ago, it’s still used today in most kitchens throughout the world.

Essentially, under the Kitchen Brigade, the order is broken up like this:

The size of the kitchen you’re going to be working in will determine what this brigade looks like. However, most kitchens have some semblance of order; otherwise, it can become quite chaotic, especially in a bustling restaurant.

Put in the time to climb those career ladder steps, learning all you can along the way, and it will pay off for you in the end!

Prepping for A Position

Here’s some real advice: You need to start out in the industry with baby steps. The more hands-on kitchen experience you gain, the closer to becoming a chef you’ll be. Even if it means that you’re scrubbing dishes and kitchen floors to start. Sometimes, people think they are above the menial work. Not you; you’re willing to put in the blood, sweat, and tears necessary to getting ahead, even if it’s for a lower hourly rate job.

Tips for the aspiring chef:

Where to Look For Culinary Jobs

When searching for your job, look beyond the conventional restaurants. Chefs and cooks are found in other types of kitchens, and you may have better opportunities aside from the traditional. Resorts, spas, hotels, motels, country clubs, amusement parks, campgrounds, cruise ships have a need for chefs, too. These could provide unexpectedly awesome experiences.

Utilize your social media platforms, that’s sort of what they are there for, along with posting pictures of food and cats. LinkedIn has an excellent job search tool with high-quality leads, and updating your Facebook status to announce your job hunt can produce results, too.

There are online job boards all across the Internet, such as Indeed and Craigslist. Monster and CareerBuilder can also be excellent resources. Or, old school walking into restaurants you’re interested in, seeing if they are hiring, and filling out an application could work just as efficiently.

Maybe you have your culinary degree but no desire to work in a restaurant. Don’t worry, your degree won’t go to waste; there are so many other options for graduates of culinary arts where they can still work with food without working in the actual kitchen. Below are six unusual jobs in the food industry:

Top 10 Cities For Foodies (and Chefs)

People have become more food obsessed thanks to reality TV and YouTube. This is good news for those who work in the food industry because, not only do diners want a great foodie experience, they are spending more money eating out than they have in a long time. Quite a few cities around the United States are seeing a rise in the amount of gastropubs and fine dining establishments opening up, which means the need for people working in the kitchen is increasing along with it. According to Zagat.com, these are some of the top 10 cities for foodies and chefs alike.

Other top foodie cities include Detroit, Chicago, Nashville, Indianapolis, Austin, Houston, and New York City. So, whether you want to find a job at one of the hot spots, or fly under the radar, becoming a chef can be a fulfilling way to pursue your passion.

Sound interesting? Find a culinary arts program near you now.

Become a Pastry Chef - Your Guide to Becoming a Baker
On The Menu: Becoming A Food Writer
Restaurant Manager - Learn About Training, Jobs & Salary
Culinary Art Careers Guide
The Right Recipe: How To Become A Chef
...Previously Become a Teacher - Find Out About Options, Degrees & Jobs in Teaching Up Next... Learn How To Become A Physical Therapist